Your new home for all things Classic Rock and Metal

This is the first in a planned series of 6 shows where you can catch up on all things Classic Rock and Metal with our news roundup and summary of key new releases.

This month we report from the recent High Voltage Festival at Victoria Park, London which featured established acts such as ZZ Top, Gary Moore, Saxon, UFO, The Quireboys, Asia, Marillion and Magnum as well as newcomers like The Union and Black Spiders. The festival also featured key performances from a reformed Emerson, Lake and Palmer, Argent and Bachman and Turner.

Perhaps the most significant performance was from Heaven and Hell, the renamed Dio-era Black Sabbath line-up who played for the last time with guest vocalists Glenn Hughes and Jorn Lande as a tribute to Ronnie James Dio who died this year.

British Heavy Metal stalwarts Saxon are as lively as ever and with a great album ‘Into The Labyrinth’ released last year and a new documentary DVD ‘Heavy Metal Thunder’ just out, Biff Byford had plenty to talk to us about.

A band with equally much to say for themselves are newcomers the Black Spiders. Following very much in the mould of Black Sabbath and AC/DC they performed a fabulous set at the festival resulting in many attendees rushing to catch the tail-end of their show having picked up the buzz around the site.

Bronz is a band with history and quite a story to tell. Did you know they were playing to 50,000 people at baseball stadiums stateside back in 1984? They have a new album out, ‘Carried By The Storm’ but it was recorded 25 years ago. Get the full story on this almost forgotten gem from founder member Shaun Kilpatrick.

We also feature the Rock-A-Bye Baby series of CDs which convert your favourite classic rock and metal tunes into lullabies to help little ones drift off to sleep. Find out how they do it from Lisa Roth, vice-president of CMH records and sister of the one and only David Lee Roth.

All music used in this podcast has been cleared with the respective copyright holders for performance, duplication and usage.

Thanks for signing up! 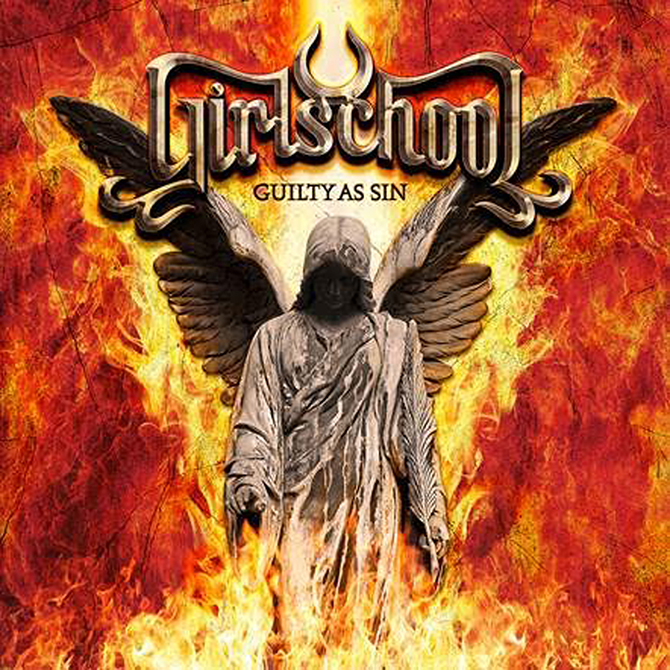 Guilty As Sin
UDR/Warner
By Girlschool
Buy from Amazon